Essentially, blockchain is a record-keeping technology; it exists as a ledger and utilizes cryptography to store vast amounts of information. This information available to the public at large is thus easily accessible and easily distributable.

Blockchain technology is fundamentally changing a myriad of industries. By allowing people to rely on decentralized, publicly verifiable code, businesses can achieve better security and transparency.

In a number of ways, the healthcare industry is likely to be disrupted by blockchain technology, which would provide better security in the sharing of confidential medical information. For instance, an important medical record sent from a general practitioner to a specialist has a better chance of arriving unscathed. The transparency of this technology essentially helps patients control the dispersion of their information by enabling more trust between them and their healthcare providers.

The Internet of Things is made up of all the devices, sensors, and machines that are connected to the internet. However, the issue with these devices is regarding just how secure they really are. If manufacturers inefficiently secure them they’re then left subject to vulnerabilities, such as viruses. To make matters worse, viruses aren’t always noticeable. The blockchain, however, could prevent these types of breaches from happening by properly securing devices within its decentralized ledger.

Blockchain technology’s disruption of the financial services sector is bringing about lower costs, faster transactions, and an increased level of transparency. Essentially, blockchain applications of financial services could theoretically outrun the efficiency of current business models.

Many of today’s financial services cannot run without a third party, such as a bank. While banks are used to provide trust and information security between consumers and businesses, they are susceptible to charging high fees and an overall lack of transparency. The blockchain, on the other hand, does away with those concerns by not subsisting off of a third party in the first place. The decentralized nature of the blockchain allows for transactions between parties to be made transparently. This mechanism can be done through smart contracts which we’ll talk about in a bit.

Cryptocurrency, a digital form of cash, runs off of blockchain technology, and has made its way into a plethora of countries, including but not limited to: the United States, the United Kingdom, and Canada. Similar to what was mentioned under Financial Services, cryptocurrency as well does not need an intermediary due to the decentralized ledger on which it operates. By eliminating an intermediary, such as a bank, any possible vulnerabilities it could face are eliminated as well.

However, different burdens still exist despite the elimination of a third party. For instance, governments from both the United States and the United Kingdom have recently notified users of their possible tax requirements on the digital cash. Many of Canada’s cryptocurrency users, had an entirely different burden beset them; rather, 115,000 users lost access to their wallets. This happened after the only man who held keys to QuadrigaCX, a Canadian cryptocurrency exchange, died unexpectedly in 2018. Clearly, there are both benefits and deficiencies to work out before cryptocurrency hits the mainstream, but, at its best, this digital decentralized currency has the ability to completely overtake traditional, fiat currency.

Real estate agencies have increasingly turned to digital forms of contracts and signatures, and, as such, could benefit from blockchain applications. Decentralized smart contracts allow for ease of communication between client and customer without a third party charging verification or authentication fees. Additionally, the transparent nature of smart contracts allows for quick retrieval of legal information on-the-fly by both parties.

As the world has become globalized, supply chains have evolved to assist a variety of consumers. Accuracy and speed are highly valued in the world of supply chain operations, as one minor problem can snowball into a huge one, halting operations and leaving customers and manufacturers alike frustrated. The blockchain can be applied to payment, transport, delivery, warehouse and inventory management, and sales, facilitating extreme efficiency and clarity of information.

Similar to its application in financial services, blockchain could additionally be adopted by video game developers to facilitate in-game payments. After a video game is initially purchased, users can commonly expect to see extra features for a supplemental price, and the blockchain could enhance the security of the game’s payment method through its use of cryptocurrency. A number of video game designers have gotten on board with the idea and some of them have even made a game out of blockchain itself.

In 2015, artist Imogen Heap became one of the first proponents of the use of blockchain in the music industry. She released a single song that was attached to the blockchain; this sets the stage for other artists to do the same, potentially offering a solution to piracy and copyright concerns many artists have, and cutting out the need for a “digital distribution middle-man.”

Smart contracts take away the need for a third party to verify or otherwise authenticate exchange or agreement between two parties. This costly elimination can be made due to the fact that blockchain transactions are trackable and not very susceptible to tampering.

Costs aside, this type of contract is not up for interpretation. Every aspect of the contract has already been defined; therefore, both parties can go into their exchange knowing they made a secure and dependable agreement.

Voter fraud exists as one of the main threats to an established democracy. After the 2016 election of U.S. President Donald Trump, word had spread that Russian hackers had allegedly tampered with U.S. election results. Diminishing the security and efficacy of the electoral system, many people were left disheartened by the news.

However, the evolution of blockchain technology has gone so far as to promise a safer, more reliable method of voting; tampering with a digital, blockchain voting application of voting is near impossible. 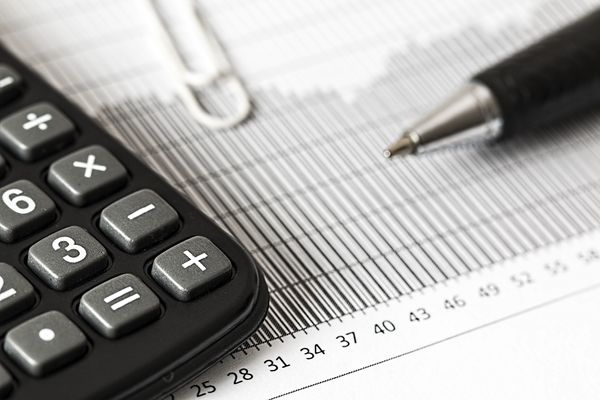 With 15 minutes of effort, you can save thousands if not more on your cryptocurrency taxes depending on your personal situation.

Today more and more major companies are making the shift to accepting bitcoin; here’s how small businesses can too.