Recently in the spotlight is the move by popular non-US cryptocurrency exchanges like Binance, Bitfinex, and Bittrex to challenge Ethereum and other token platforms by offering their own token protocols. Instead of launching ICOs on Ethereum or rival smart contract platforms EOS and Tron, prospective token creators are turning directly to the exchanges themselves and launching IEOs: “Initial Exchange Offerings.”

Cryptocurrency exchanges are increasingly searching for ways to capitalize on their power and influence. While most crypto apps count users by the hundreds, trading remains the dominant use case for cryptocurrency, sending millions of users to exchanges like Coinbase and Binance. With large, captive audiences, exchanges have sought new opportunities to monetize their user base. Initially, most exchanges focused on the traditional brokerage model of charging trading, transaction, and margin fees (see our 2019 Exchange Fee Survey for a survey of fees across popular exchanges), but as more and more crypto projects joined in the ICO frenzy, some exchanges further capitalized on the rush by charging opaque “listing fees” (ranging anywhere from a few thousand to millions of dollars).

In July 2017, Binance tested new waters when they offered an ICO of their own: dubbed “BNB” coin. Per the Binance whitepaper, the coin would offer two main benefits: it would provide users with discounts on BNB trading pairs on Binance (for the first few years) and the exchange pledged to use its future revenue to buyback and “burn” tokens each quarter.

The BNB ICO raised ~$15M in July 2017. Even in the face of the 2018 downturn in the broader crypto market, Binance’s growth helped propel the BNB market cap to reach over ~$4B by 2019, and several other non-US exchanges followed in their footsteps with ICOs of their own.

While ICOs (including BNB) had up to this point relied on the platform of non-exchange blockchains like Ethereum, Binance’s whitepaper alluded to broader aspirations, including plans to create a “Decentralized (on-chain) exchange”. By 2019, Binance would go even further by offering a token platform of their own, which became known as an “Initial Exchange Offering”. In contrast to an ICO, in an IEO prospective projects create tokens on top of the exchange’s own platform. Listing fees and investments in the new token would now be paid in terms of the Binance’s BNB token. Through the BNB structure, the IEO bolsters demand for an exchange’s own tokens while blurring the distinction between new crypto projects and the role of crypto exchanges as gatekeepers. In return for launching their tokens via IEO, new token projects get a huge boost via the powerful reach of exchanges and access to their liquidity.

With the success of Binance’s IEOs, the exchange Bitfinex announced it would follow suit with its own exchange token and platform, called LEO. According to Bitfinex leadership, LEO successfully raised $1 billion in just 10 days, and quickly surged to become the second largest exchange token by market cap.

While the popularity of IEOs has grown, don’t expect them to be available to US investors anytime soon. Asked about the growing popularity of IEOs at CoinDesk’s Consensus 2019 conference, the SEC’s senior advisor for digital assets and innovation, said:

“Cryptocurrency exchanges that facilitate token sales for a fee likely meet the legal definition of securities dealers if the issuer or any of the buyers are based in the U.S.” While internationally-based exchanges like Binance and Bitfinex have been eager to capitalize on the fundraising opportunities, it is unclear whether US exchanges will follow given the legal uncertainty.
— Valerie Szczepanik

Beyond regulatory concerns, some crypto users have expressed concern about the further centralization of power toward exchanges in the crypto-economy. Exchanges, particularly leaders like Binance and Bitfinex, have always served as informal gatekeepers, but now wield unprecedented control over the ability to make or break token-based fundraising through the IEO process.

Let us know what you think about IEOs on Twitter @cointracker_io. As always, you can track your cryptocurrency portfolio & calculate your crypto taxes (including on ICOs and IEOs) on CoinTracker. 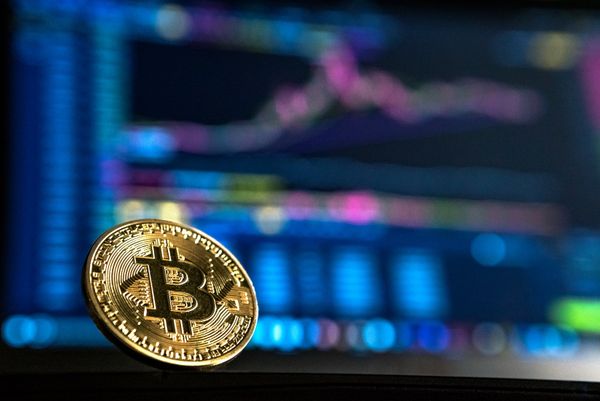 We analyzed the 100 most popular coins tracked on CoinTracker (defined as the number of unique users holding the coin), and indexed them against Bitcoin’s popularity from 1-100.

The biggest challenge in securing your crypto is considering the variety of attack vectors and layers of protection that are necessary to truly ensure your funds are safe.